Listen to the Episode Below (00:32:38)
Play / pause
1x
1.5x
2x
0:00
0:00
00:32:38
volume
iTunesGoogle PlayShare Leave a ReviewClammr ItListen in a New WindowDownloadSoundCloudStitcherSubscribe on AndroidSubscribe via RSS
Sign up to receive bonus content about our guests and sneak peeks for a guest from the next week’s interviews! 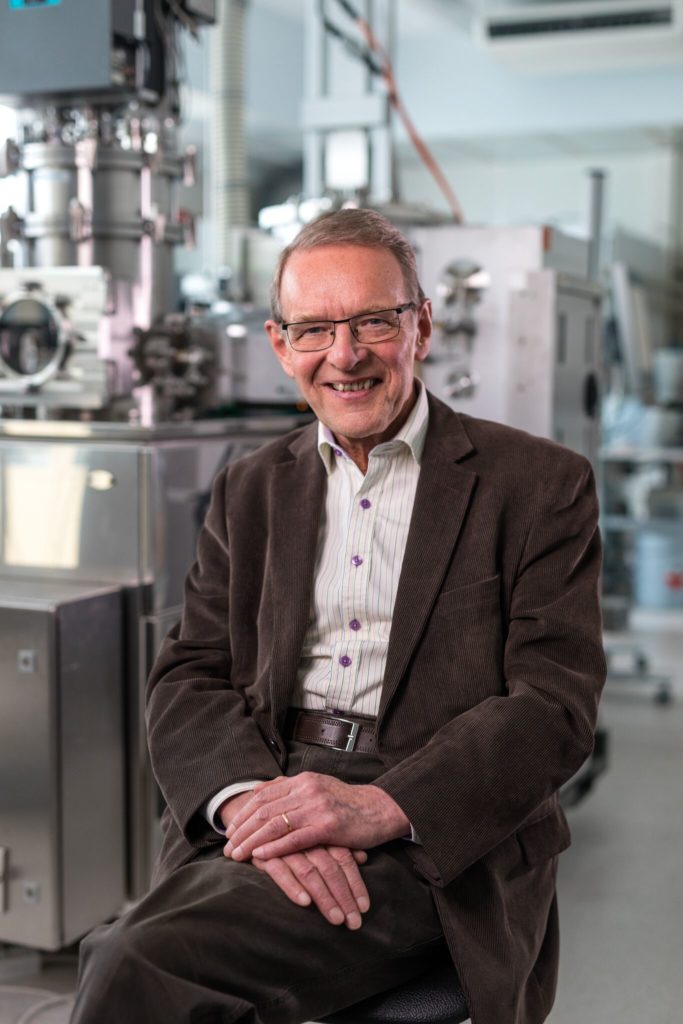 Dr. Tuomo Suntola is a co-owner and Board Member of the Finnish atomic layer deposition technology company Picosun Ltd. He is also Chairman of the Finnish Society for Natural Philosophy, Chairman of the Physics Foundations Society, and author of the books The Short History of Science, The Dynamic Universe, and Theoretical Basis of the Dynamic Universe. He was awarded his M.S. and PhD in electrical engineering from the Helsinki University of Technology where he studied semiconductor physics. Afterwards, Tuomo worked as a Scientist at the VTT Technical Research Centre of Finland for a few years before accepting a position as Chief Scientist at Instrumentarium Ltd. He subsequently served as Director of Display Division and Chief Scientist at the consumer electronics manufacturing company Lohja Ltd, Managing Director of a subsidiary of the national oil company Neste Ltd. called Microchemistry Ltd, a Research Fellow in the national energy company Fortum Corporation. After retiring from Fortum, Tuomo has continued in his roles at Picosun. Over the course of his career, Tuomo has received many awards and honors, including the 2004 European SEMI Award for pioneering atomic layer deposition techniques. He was also honored in 2018 with the Millennium Technology Prize, which is regarded as Finland’s Nobel Prize, for developing this atomic layer deposition technology. He is an elected Member of the Finnish Academy of Technology, was a Member of a World Energy Council working group from 2003-2004, and was named a Knight First Class of the Order of the Lion of Finland. In our interview, Tuomo shared more about his life and science.

Life Outside of Science (3:17)
When not thinking about technology, science, or the philosophy of science, Tuomo enjoys spending time with his family and friends, taking care of his home and garden, and having a refreshing swim in a the swimming hole near his home.

The Scientific Side (4:16)
Most of Tuomo’s career has been spent working on a technology called atomic layer deposition (ALD). This technology is based on a saturated reaction that occurs on the surface of a material that allows the production of highly ordered material layers one atomic layer at a time. These layers are essential for the modern integrated circuits that are found in all of our electronic devices, but they are also used for various other applications including solar cells, lithium ion batteries, luxury watches, coins, and telescope mirrors. In addition to ALD technology, Tuomo is passionate about studying fundamental physics as well as the philosophy and history of science.

A Dose of Motivation (7:04)
Let’s first think what to do, then do, and finally, check that we got what was meant to be achieved.

What Got You Hooked on Science? (10:03)
When the first transistors became available in the mid 1950s Tuomo began building his first transistor radios. His passion for tinkering and technology persisted throughout his school years, so it was an obvious choice for him to pursue a career in physics and technology. Tuomo went on to earn his master’s degree in 1967 and his PhD in 1971 before plunging into the world of industrial development of various technologies.

The Low Points: Failures and Challenges (23:06)
Tuomo had a really difficult time getting the electroluminescent display, which was the first commercial application of his research, into production and on the market. There was too much to be done and too high of an expectation of a quick start from potential customers. They presented their electroluminescent display technology at a conference in 1980, and they received over 4,000 product inquiries during the conference. However, they weren’t ready for production. They still had to build the factory building, design the factory production line, and develop the driving electronics. This was also an area that Tuomo didn’t feel as comfortable with. As a result of their inability to quickly move this technology to production, the electroluminescent displays never became mainstream technology, but it is still used today in a variety of special applications.

A Shining Success! (24:06)
The top success in Tuomo’s career culminated in his receipt of the Millennium Technology Prize this year. This highly prestigious award recognizes his 44 years of work on atomic layer deposition technology that led to ALD becoming an enabling technology in semiconductor devices as well as an important technology for many other applications. Tuomo felt so happy and honored to receive this recognition for his work.

Most Treasured Travel (27:17)
Tuomo traveled extensively when promoting the electroluminescent display technology in the 1980s, promoting renewable energy technology in the 1990s, and also promoting ALD technology throughout his career. There isn’t a particular place or country that he remembers as his favorite, but it has been wonderful to meet so many people from different cultures.

Quirky Traditions and Funny Memories (27:51)
Throughout his career, Tuomo has enjoyed working in many different laboratories. A common thread throughout all of these laboratories was the presence of kind and joyful people, as well as a relaxed atmosphere that cultivated creativity and made life and work enjoyable.

Advice For Us All (31:16)
Listen to yourself, and find your strengths.

Guest Bio
Tuomo was born in Tampere, Finland in 1943. He later moved with his family to Turku, Finland where he attending school. Tuomo’s studies in electrical engineering and physics led him to opportunities in industry where he has developed various technologies over the course of his career. His first successful industry application was the development of the “Humicap®” thin film humidity sensor for Vaisala Oy, which nearly 40 years later, continues to be a market leader in humidity sensing. Tuomo began working on thin film electroluminescent displays while at Instrumentarium Oy, and it was here that he first developed the technology for the process of atomic layer deposition (ALD). ALD is a technique in which materials can be coated with thin films in layers that are only one atom thick. This ALD process is critical for making modern semiconductor devices and has many other important applications. Tuomo has continued to work on thin films and ALD technology over the years, and he was recently awarded the 2018 Millennium Technology Prize, presented by the President of the Republic of Finland, in recognition for his invention of the ALD technology. In addition, Tuomo is one of the founders of the Physics Foundations Society, which is dedicated to deepening our understanding of physical reality. Since 2015, he has also served as the Chairman of the Finnish Society for Natural Philosophy.