Listen to the Episode Below (00:41:21)
Play / pause
1x
1.5x
2x
0:00
0:00
00:41:21
volume
iTunesGoogle PlayShare Leave a ReviewClammr ItListen in a New WindowDownloadSoundCloudStitcherSubscribe on AndroidSubscribe via RSS
Sign up to receive bonus content about our guests and sneak peeks for a guest from the next week’s interviews! 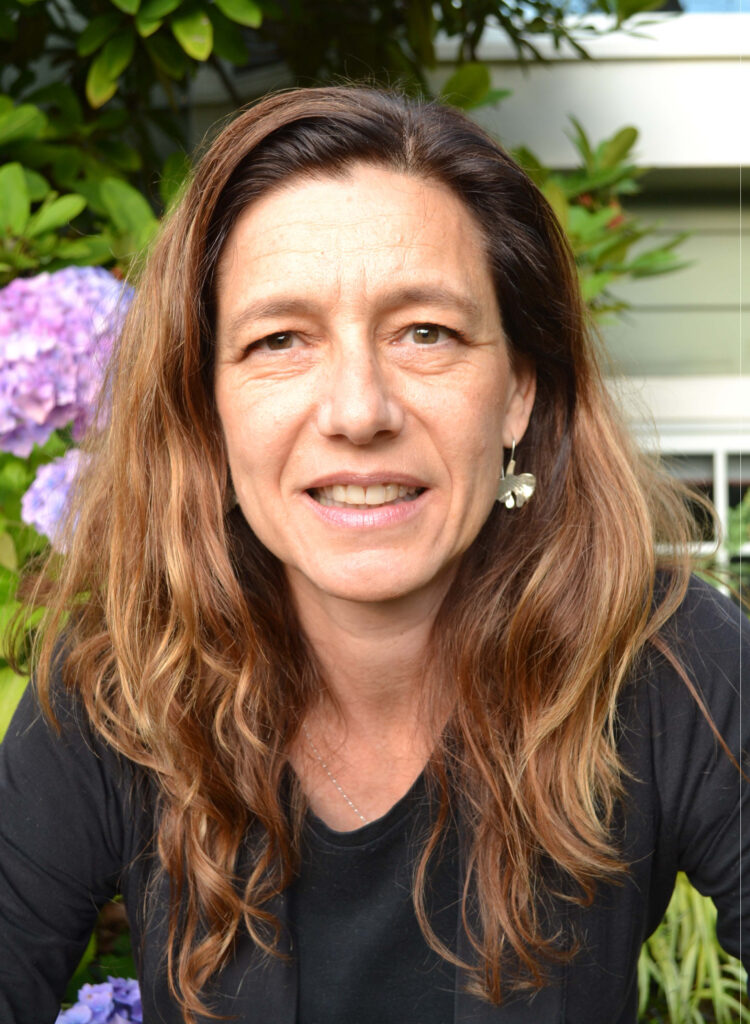 Life Outside of Science (2:12)
When she’s not at work, Verónica enjoys tending to the beautiful flowers in her garden, going on walks with her husband and her dog, cooking, and dancing to music while she cooks.

The Scientific Side (3:40)
As a plant evolutionary biologist, Verónica is interested in understanding how the diversity of plant life came to be. In particular, she studies the evolution of plant innovations, like fruits and flowers. She is working to identify how the gene networks for these innovations evolved as well as how specific innovations related to fruits and flowers have evolved.

A Dose of Motivation (5:21)
“Whatever you can do or dream you can, begin it. Boldness has genius, power, and magic in it.” – Johann Wolfgang von Goethe

“There are always flowers for those who want to see them.” – Henri Matisse

What Got You Hooked on Science? (10:23)
Verónica was interested in so many different things that it was difficult for her to narrow down what to study in college. Since public education for college was free in her home country of Argentina, she was able to study both art and biology. Her enrollment in biology was somewhat serendipitous since she only chose this area of study after one of her friends enrolled. However, Verónica quickly fell in love with biology. She immersed herself in the coursework and got involved with research as an undergraduate student. After finishing her degree, Verónica stayed at the university as a teaching assistant and researcher. To expand her horizons and continue her studies, Verónica decided to apply to graduate schools abroad. After finishing her degree and her first postdoctoral fellowship at the University of Massachusetts (Amherst), Verónica took a year off to start a family and spend time with her young children. When she was ready to return to academic research, she leveraged her scientific network to find a postdoc position that was a great fit. The transition back to a career in science wasn’t without challenges, but Verónica’s passion for her research kept her motivated and inspired her to persevere.

The Low Points: Failures and Challenges (17:34)
Last November, the large freezer (-80°C) in Verónica’s lab broke without warning. Normally an alarm would go off, but for some reason, even the alarm malfunctioned. Verónica was in the middle of overseeing an exam for one of her classes of about 50 students when one of her colleagues burst into the room to tell her that the freezer had completely thawed. This freezer contained almost 20 years worth of valuable research samples, and there was nothing Verónica could do. Even though it felt like her world (or at least her career) was ending, she had to stay in the classroom for another hour while students finished their exam. A lot of the plants that had been stored in the freezer were ruined, and she now had to quickly buy a new freezer. However, rather than view this situation as a complete loss, Verónica took this opportunity to sort and clean out her collection of samples and make a plan to be more judicious about what she kept going forward.

A Shining Success! (20:00)
Verónica received a Fulbright Scholar Award to travel to Argentina on sabbatical from 2019 – 2020. This was a wonderful opportunity to visit her home country and get back to doing fieldwork. Earlier in her career, Verónica was a pollination biologist, and she spent a lot of time doing field research. Over the years, her focus shifted to more comparative, laboratory-based work where she wasn’t out collecting and studying wild plants. In this sabbatical, Verónica enjoyed spending time in a beautiful remote area of northwest Argentina. They had a fantastic team working on studying the interesting cone structures in a type of flowerless, fruitless plant in the genus ephedra. Based on this work, they were able to submit a grant proposal that was funded, and Verónica is thrilled to have this wonderful collaboration with scientists in her home country.

Book Recommendations (24:19)
The Time in Between María Dueñas, Sira by María Dueñas, The Art of Happiness by the Dalai Lama, Zen Heart: Simple Advice for Living with Mindfulness and Compassion by Ezra Bayda, Quiet: The Power of Introverts in a World That Can’t Stop Talking by Susan Cain, poems by Emily Dickinson.

Most Treasured Travel (26:46)
When Verónica was a graduate student, she had the opportunity to travel to Costa Rica as part of the Tropical Plant Systematics course offered by the Organization for Tropical Studies. As part of the course, they visited tropical forests at a variety of elevations. It was remarkable to see how the plants differed at lower elevations versus higher elevations. The research they conducted there was interesting, and she enjoyed learning from excellent scientists.

Another especially memorable trip was when she visited China in 2012. She was hosted by a wonderful scientist, and there were some fun opportunities for sightseeing as well. They were able to see pandas up close at one of the breeding facilities, they saw a breathtaking natural forest of rhododendron plants in bloom, and they visited the famous terra cotta soldiers in Xi’An.

Her more recent travel to conduct field work in Argentina was also unforgettable. They were searching in the Puna grasslands for different species of plants in the genus ephedra to collect for their research. As they looked, they were amazed to see ancient petroglyphs drawn on the ground right next to their plants of interest.

Quirky Traditions and Funny Memories (31:06)
Despite the logical, rational approach scientists have in their work, many scientists can be a little superstitious. They used to keep a special amulet by the polymerase chain reaction (PCR) machine in the lab, and it was part of their lab lore that having it there would help ensure the DNA in their samples would be amplified successfully. Similarly, many procedures that they do in the lab have a lot of steps and can take a lot of time. If they are able to get the process to work once, they don’t want to change to the protocol at all, even if some of the steps aren’t really necessary. For example, in one of their lab procedures, they always turn off the air conditioning and put out dry ice in an effort to ensure the tissues of their plants are cut optimally.

Advice For Us All (37:11)
Keep focused on doing the best possible science. Also, don’t worry about trying to have your path all laid out from the beginning. Be patient with yourself, give yourself time, and carve your own path. Don’t be discouraged, and never give up.

Guest Bio
Verónica’s research centers on a discipline known as evolution of development, or “EvoDevo” for short. She integrates comparative morphology, developmental genetics and phylogenetics to investigate how changes in gene expression and function have shaped the evolution of plant development. Her group’s work often involves applying genetic tools to novel plant systems in order to shed light on the evolution of key plant innovations related to flowers and fruits. Her lab is currently applying this common conceptual thread to three such disparate systems: a flowering plant (the best-known type of seed plants, with flowers and fruits), a gymnosperm (a type of seed plant with naked seeds in cones), and a fern (reproducing mainly by spores). Verónica teaches a Plant Evolution lab class that covers all lineages of land plants, from mosses to flowering plants, and a plant evo-devo class, while mentoring undergraduate and graduate students, and postdocs in her laboratory. She also enjoys working with plants outdoors: pruning, weeding, planting, and thinking about landscape design. Veronica’s beloved dog is the only one that can get away with trampling, eating and carelessly destroying her beloved plants while joyfully playing. :)