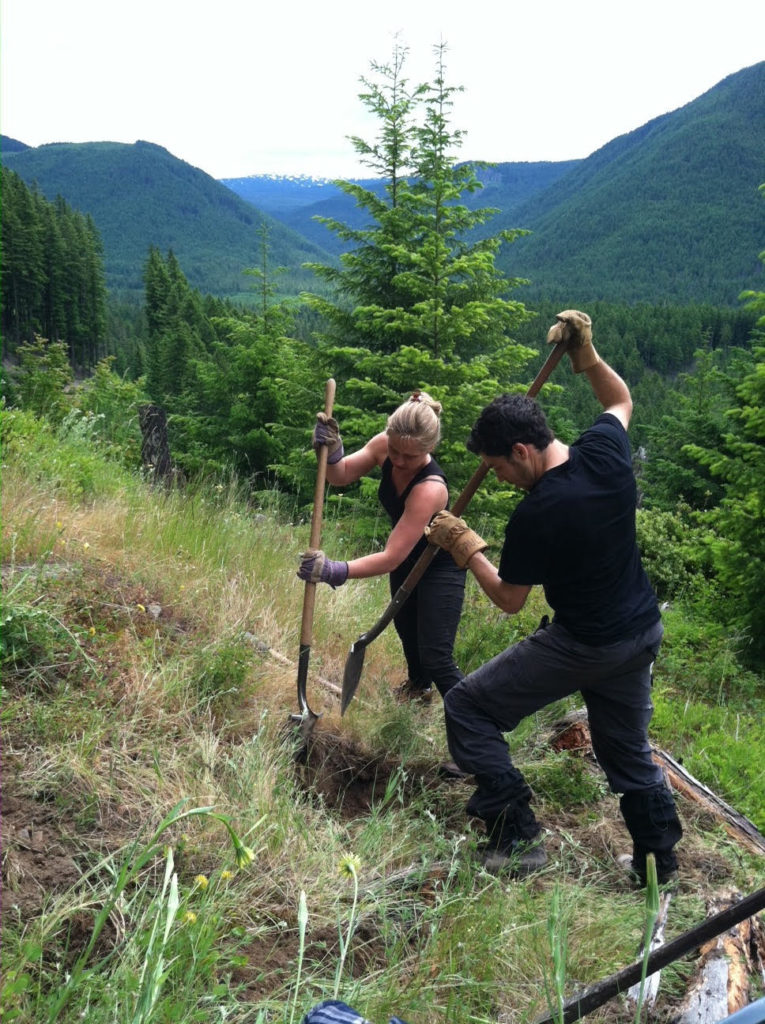 Dr. Zach Eilon is an Assistant Professor in the Department of Earth Science at the University of California, Santa Barbara, and he is also conducting research at Brown University. He hails from the United Kingdom where he completed his undergraduate and masters degrees in Natural Sciences at the University of Cambridge in the United Kingdom. Afterwards, he was awarded the Herchel Smith Scholarship to attend Harvard University for a year for a Special Studentship. Zach was next received his MPhil and PhD in Seismology from Columbia University. He recently completed his position as a Postdoctoral Research Associate at Brown University. Zach has joined us today to talk about his experiences in life and science.

Life Outside of Science (2:16)
Zach spends his free time hanging out with friends, scoping out potential new houses on the internet with his wife, and running. He recently completed his first marathon and is looking forward to the next one. In addition, Zach is an enthusiastic home chef, and he loves listening to a wide array of podcasts.

The Scientific Side (4:16)
In terms of his research, Zach is interested in understanding the earth’s tectonics, including how continents are built, how they break apart, and what is going on under the earth’s surface beneath the ocean floor. He wants to know how tectonic plates move and interact with each other. To study these tectonic movements, Zach uses data collected on the energy released during earthquakes. This energy picks up different signals on its way through the earth, and Zach creates computer programs to interpret those signals and produce snapshots of what is occurring inside the earth, including the types of rock that are present, their temperature, and other features.

A Dose of Motivation (7:46)
“Make everything as simple as possible and no simpler.” – Albert Einstein

What Got You Hooked on Science? (12:44)
Growing up, Zach always loved mathematics and physics. He was fortunate to have a lot of family members in academic positions, so he understood that becoming a professor was a career path he could take. Zach went to Cambridge University in the U.K. planning to study physics, but he quickly realized that his true passions lay elsewhere. During his first year, Zach was captivated by the geology lectures of one of his professors. The course field trips to Scottish Islands to map the features of the rocks there sealed the deal.

The Low Points: Failures and Challenges (24:38)
Zach will soon be engaging in more projects that involve instrumenting the ocean floor. This process is fraught with challenges. They have to sail out to the middle of the ocean and throw ocean bottom seismometer instruments off the side of the boat. The instruments sink to the bottom and record data on the ocean floor for about a year. Afterwards, the researchers return to collect the devices. If the device is still working and has battery life, it responds to a signal they send, and it floats to the surface. Each instrument costs tens of thousands of dollars. It is really frustrating when, after a year of waiting for the data, you send the signal and nothing happens. You can try a few times, but eventually you have to accept that the device is either broken or the battery is dead, and you have to abandon it. In the past, one of these devices responded to their signal, but it couldn’t come to the surface because the feet of the device were trapped in a new lava flow on the ocean floor.

A Shining Success! (28:23)
Last year, Zach collaborated with other researchers on a project that involved deploying a whole fleet of ocean bottom seismometers near the Juan de Fuca tectonic plate off the northwest coast of the United States. They laid instruments across the entire plate, producing an amazing new dataset that allowed them to analyze the signals from an entire oceanic tectonic plate. Zach devised a new method of analyzing a certain phenomenon recorded in the data. The phenomenon is called seismic attenuation. It is the rate at which seismic waves lose their energy, and it is related to the squishiness of the earth. The more squishy the earth is, the faster the energy loss will be. Zach came up with a new way to measure this property and applied it to their superb new dataset. What they saw was remarkable. The Juan de Fuca plate had the strongest attenuation signal they had ever seen. This told them that there is likely a lot of molten rock trapped within pockets inside the upwelling molten rock, way deeper than they had previously thought. These findings challenge some of the existing ideas about the mid-ocean ridge process where these plates are formed, which is one of the fundamental tectonic processes on the planet.

Book Recommendations (32:09)
The Silk Roads: A New History of the World by Peter Frankopan, The Prize: The Epic Quest for Oil, Money and Power by Daniel Yergin

Most Treasured Travel (34:17)
Zach’s favorite fieldwork site is in the Northern Volcanic Zone of Iceland. The location they traveled to was far off the beaten path, so they started in a four-wheel drive car and then continued on foot to reach the sites where they were to deploy their arrays of seismometers (instruments that measure motion in the ground). After hiking out to the remote spot selected, they dug holes, put the instruments in, leveled them out, and built solar panel arrays to keep the instruments powered through the winter. Part of the excursion involved traversing fresh lava fields lugging 100 pound batteries. The lava fields of black, jagged rock looked like the surface of the moon and were riddled with hollow pockets. Every now and then, Zach’s foot crashed through the thin layer of rock over a hollow tube and he found himself knee-deep in sharp rock. It was dangerous but exhilarating to be out there.

Quirky Traditions and Funny Memories (36:52)
The seismology group at Columbia University, where Zach earned his PhD, had a weekly tradition of “record reading”. They picked a recent earthquake, and the students, faculty, and research scientists came together to talk about the earthquake. The group reviewed where the earthquake occurred, why it occurred there, the history of earthquakes in the area, and the records from instruments that recorded the earthquake. It was a lot of fun to get together, ask questions, and interpret the data on the earthquake. These sessions sometimes resulted in interesting discoveries that informed their research directions.

Advice For Us All (41:26)
The amount of time you spend on something does not translate to the amount of time people want to hear about it. This is important for a lot of things, including in writing scientific papers. Also, be excited about the work you do, and let your excitement show. Excitement is contagious, so it is important to tell people why your work is awesome and to show them that you are passionate about it.

Guest Bio
Born and raised in London (U.K.), Zach completed undergraduate and masters degrees in Natural Sciences at the University of Cambridge, with a focus on geophysics, geology, and seismology. He moved to the U.S. in 2010 to study at Harvard University for one year to do a “special studentship” funded by a scholarship from Cambridge. Zach liked the U.S. so much that he decided to stay on for graduate school (he also was a big fan of the charming American woman whom he would later marry). Zach completed a PhD in geophysics at Columbia University, spending the majority of his time conducting research at the Lamont-Doherty Earth Observatory. Currently Zach is wrapping up his post-doctoral research at Brown University, where he is combining multiple seismological data types to make detailed and (hopefully) informative images of the Earth’s upper mantle. This summer, he also started a full-time teaching and research faculty position at the University of California, Santa Barbara. Other than pondering the mysteries of earthquakes and shallow Earth structure, Zach spends his time cooking, running, and cursing the ineptitude of the England football (soccer…) team.