Listen to the Episode Below (00:47:43)
Play / pause
1x
1.5x
2x
0:00
0:00
00:47:43
volume
iTunesGoogle PlayShare Leave a ReviewClammr ItListen in a New WindowDownloadSoundCloudStitcherSubscribe on AndroidSubscribe via RSS
Sign up to receive bonus content about our guests and sneak peeks for a guest from the next week’s interviews! 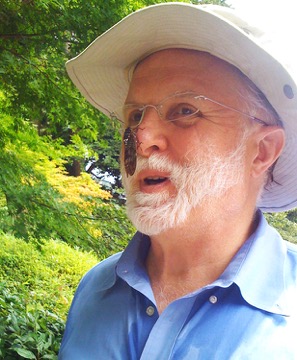 Dr. Jim Hudspeth is the F.M. Kirby Professor at The Rockefeller University, and he leads the Laboratory of Sensory Neuroscience there. In addition, he is a Howard Hughes Medical Institute Investigator. Jim received his bachelor’s degree in biochemistry, as well as his MD and PhD, from Harvard University. Afterward, he completed a postdoctoral fellowship at the Karolinska Institute in Sweden. Jim has since served on the faculty at California Institute of Technology, the University of California, San Francisco, The University of Texas Southwestern Medical Center before joining the faculty at Rockefeller. Jim has received the Charles A. Dana Award for Pioneering Achievements in Health and the W. Alden Spencer Award from the Columbia University College of Physicians and Surgeons. Additionally, he is a recipient of the Ralph W. Gerard Prize from the Society for Neuroscience, the K.S. Cole Award in membrane biophysics from the Biophysical Society, the Award of Merit from the Association for Research in Otolaryngology, and the Guyot Prize from the University of Groningen. He is also a member of the National Academy of Sciences and the American Academy of Arts and Sciences. Jim is here with us today to tell us all about his journey through life and science.