Listen to the Episode Below (00:42:38)
Play / pause
1x
1.5x
2x
0:00
0:00
00:42:38
volume
iTunesGoogle PlayShare Leave a ReviewClammr ItListen in a New WindowDownloadSoundCloudStitcherSubscribe on AndroidSubscribe via RSS
Sign up to receive bonus content about our guests and sneak peeks for a guest from the next week’s interviews! 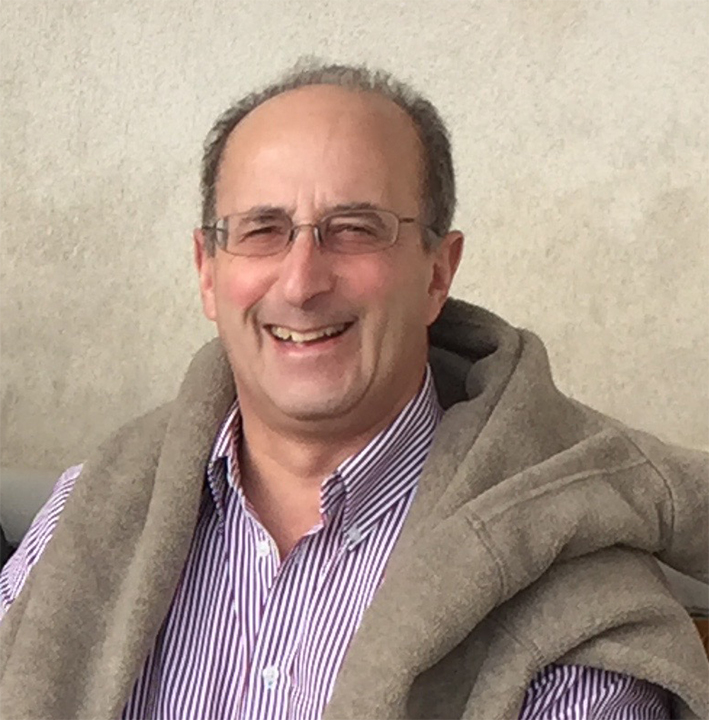 Life Outside of Science (2:41)
Mike loves winter sports, especially downhill and cross country skiing. In fact, he has skied throughout most of his life is currently looking forward to an upcoming ski trip to the Alps with his father who is still hitting the slopes at the age of 92!

The Scientific Side (3:40)
Responsibilities in Mike’s work include teaching students, supervising people in the lab, serving as Editor-in-Chief of the journal Plant Physiology, and conducting research. In terms of research, Mike is a cell biologist and physiologist who studies cells to understand how the parts fit together to accomplish important functions in plants. Within the lab, Mike is also passionate about electronics, and he has built much of the equipment they use for their work.

What Got You Hooked on Science? (9:59)
Much of Mike’s childhood was spent in his father’s physics lab, and he has a lot of fond memories of helping his dad with different projects. Being in the lab sparked Mike’s interest in tinkering, but he was always more fascinated by biology than physics. His interest in plants came from summer hiking excursions in the Rocky Mountains in the summer and skiing in the winter during his childhood. This enthusiasm for plants persists in Mike’s work and life today.

The Low Points: Failures and Challenges (22:39)
About four months after Mike moved to Glasgow (and just after the renovations to his new laboratory space), the building housing the plant science research group at the University of Glasgow burned down. After the inferno, 8 primary investigators and around 50 students, postdocs, and staff had lost years of research and were now without a lab. Nothing was able to be salvaged, and Mike had to start over re-building his lab.

A Shining Success! (26:36)
An exciting eureka moment happened for Mike and his labmates when they were working on a project related to trafficking of vesicles across cell membranes in plants. Through use of novel sequencing techniques, a postdoc in the lab discovered that voltage was used to control vesicle trafficking for a particular part of one of the membrane channels they were studying. This was a big victory, and the paper describing this discovery was published a little over a year ago. Successes such as published papers are often celebrated in the lab by the first author bringing a cake to share in lab meeting.

Book Recommendations (28:57)
The Sense of Style: The Thinking Person’s Guide to Writing in the 21st Century by Steven Pinker, The Telling by Ursula Le guin, The Earthsea series by Ursula Le Guin

Most Treasured Travel (30:13)
Two summers ago, Mike attended a plant biology conference in the middle of the Atacama Desert in Northern Chile. It was ironic that the driest place in the world was selected for a meeting of plant researchers, but it was an unforgettable experience. Mike enjoyed the amazing scenery during his hour drive through the vast and beautiful desert from the airport to the conference center in San Pedro. During the trip, Mike was also able to take a cycling excursion to explore a nearby town, and he was able to visit some of his colleagues in Santiago.

Quirky Traditions and Funny Memories (32:46)
Mike is a big fan of wordplay, and it is a fun challenge for him to try to incorporate wordplay into papers when he can. However, he was delighted to find that their paper in Nature Plants initially (and through no effort of his own) referred to trafficking as “traffic king”. He felt obligated to point out this typo to the editorial staff, and it was quickly remedied. One of the staff members in Mike’s lab is also talented in generating hilarious wordplay, and he has developed some wonderfully eclectic naming conventions for their lab equipment.

Advice For Us All (36:43)
Make the best out of what you are given, and be prepared to reinvent yourself at least once every 10-15 years. Also, science is fun, and you get to work with so many amazing people. For this privilege, scientists have a responsibility to give back to society, create knowledge, and push boundaries by traveling and working in different places. This helps build bridges and understanding between different cultures.

Guest Bio
Mike studied in Canada and the USA, obtaining a dual first from the University of Wisconsin – Madison and his Ph.D. from Stanford University. He was a Fullbright-Hays Graduate Fellow in Germany, a Fellow of the Carnegie Institution of Washington, and held a NRSA Postdoctoral Fellowship at Yale University Medical School before moving to the UK in 1983. He took up the Regius Chair of Botany at Glasgow University in 2001, a post conferred by Royal Warrant, where he heads the Plant Science Group of nine principal investigators and and some 50 postdoctoral and postgraduate researchers and technicians. He has held a number of advisory roles and serves within the UK and internationally, including as a founding member of the BBSRC panel of experts, external assessor for the Chilean Science Foundation, NASA (USA), and the Swedish Science Directorate. He is also the Editor-in-Chief of the most highly-cited international journal in the field, Plant Physiology. Mike’s research interests center around the biophysics and physiology of membranes, especially in relation to the function of stomatal guard cells and their role in regulating gas exchange for photosynthesis of plant leaves. When he is not in the laboratory, Mike will be often be found either in the Alps skiing, swimming in some body of water, or working with local community programs attached to the Glasgow Botanic Gardens.